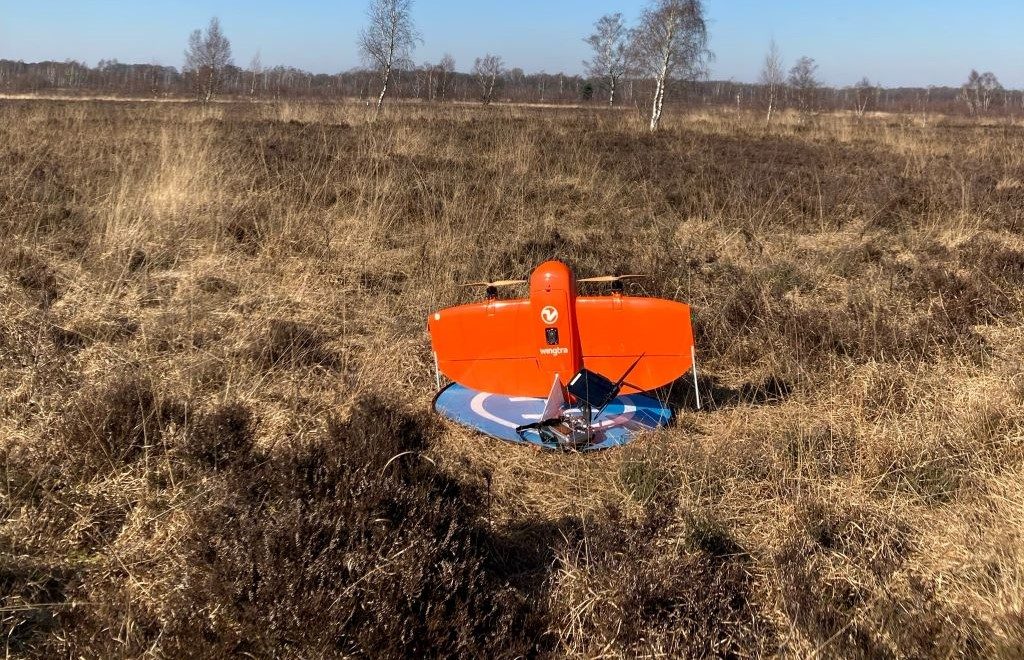 As part of the study project Amtsvenn the first UAS flight campaign was successfully conducted on the 3rd of March 2022. High-resolution multispectral and very high-resolution RGB imagery was collected with the WingtraOne. The campaign was supervised by the “Biologische Station Zwillbrock e.V.” to survey the low disturbance of the UAS on wildlife and no disturbances were observed.

The study project investigates how UAS imagery can be used to detect and spatially model the humidity and vitality of bog vegetation. For ground truth, humidity and temperature are measured in a measurement setup developed by the students, representing different gradients (elevation, vegetation, degradation) of the bog.

This study projects follows the ongoing research in the Vechta bogs and kicks off the in April 2022 starting “Reversal Project”.

There are many research project, bachelor and master thesis topics for students interested in remote sensing and spatial modelling in bog ecosystems. If interested, please contact Jan Lehmann, Hanna Meyer and Laura Giese. 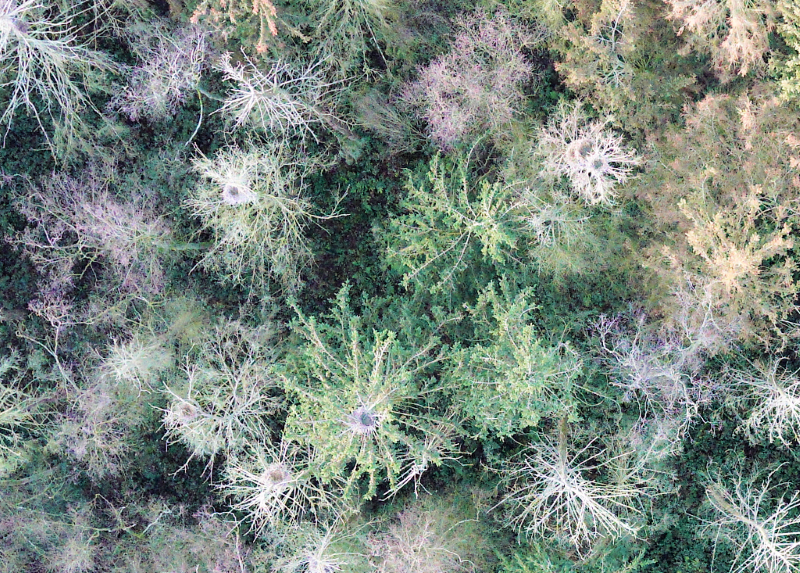 As part of the current winter semester course “Principles of drone-based remote sensing”, a survey of a closed-by forest was carried out using our Wingtra drone. The idea behind the image data acquisition is to count the bird nests of Grey Herons using VHR aerial photography, as an accurate estiamtion from the ground is only feasible to a limited extent. The students in the course will learn about data processing and analysis using this data set. 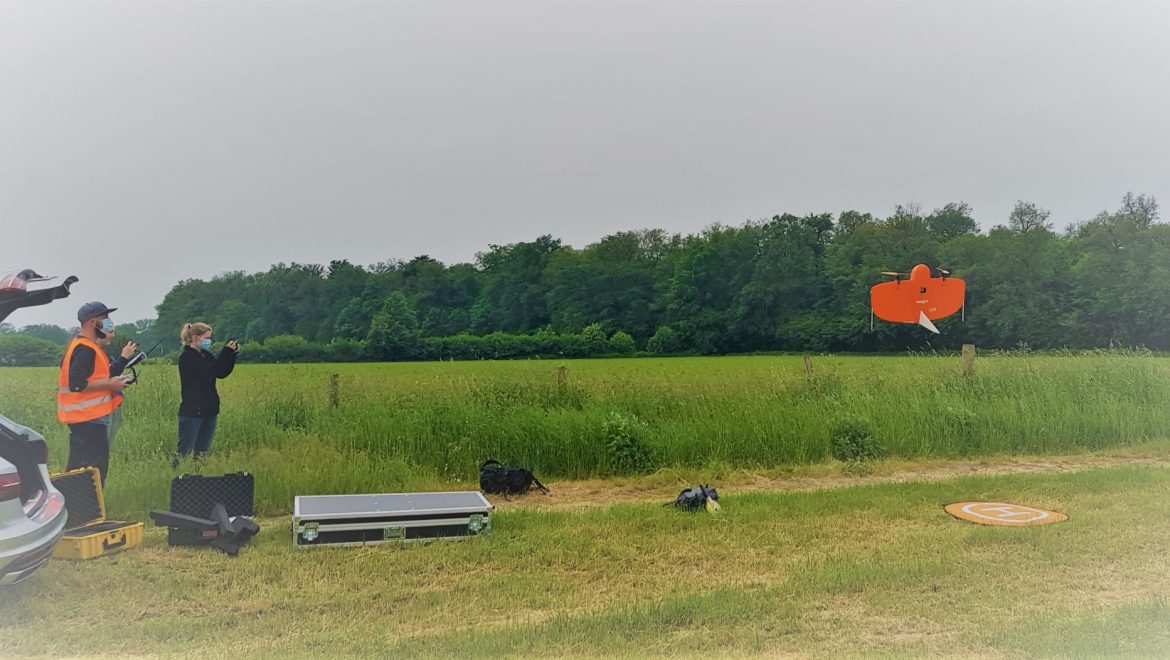 As part of a student project in the Bachelor of Landscape Ecology program, four of our students investigated an area (10 ha) of a small forest using a different mobile phone apps to measure the canopy openess (e.g. CanopyApp). The field measurements will be linked to multispectral drone data to determine possible correlations between ground- and airborne data. 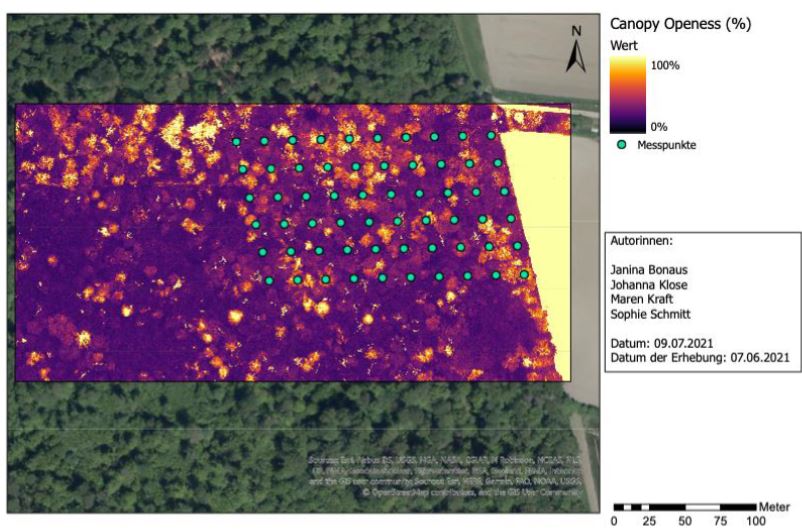 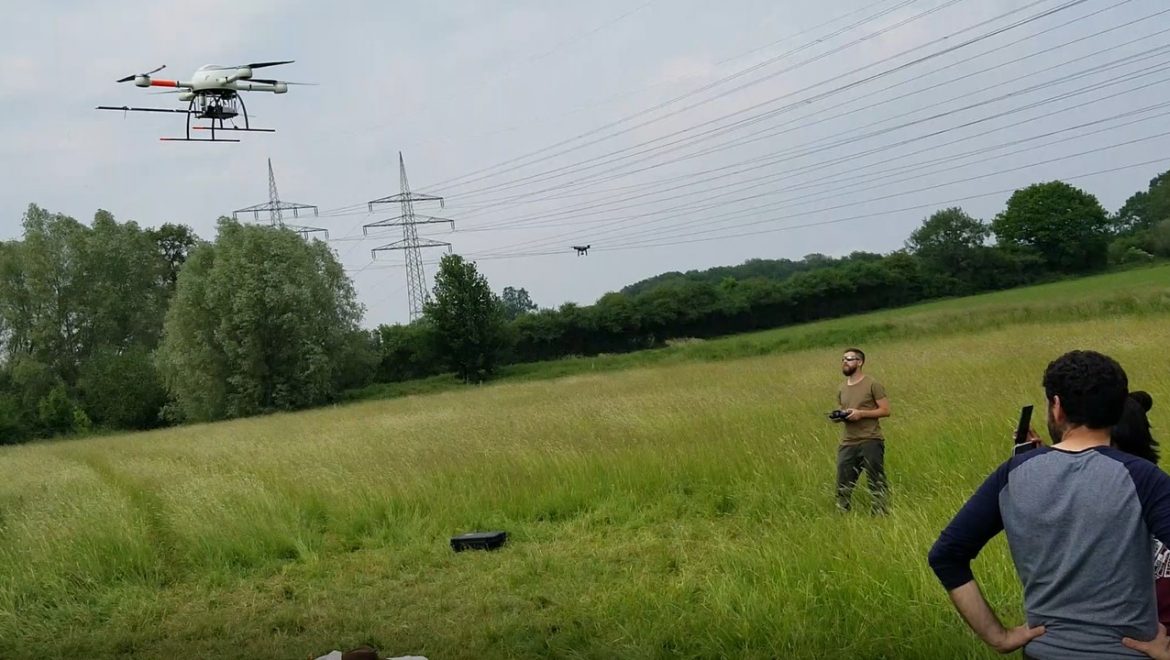 On the first week of June, students in our UAS course from the international Master of Science in Geospatial Technologies program went out to the field to collect data on a small river stemming from the Lake Aasee to begin the analysis on its renaturation process. The teams that took part in the field collection were Sensor and Platform, SenseBox, Image Analysis, and Project Management.

The Sensor and Platform team designed and 3D printed a mount for the Micro Drone md4-1000 gimbal that made it possible to hold both the Sony RGB and Mapir CNIR cameras. They planned a mission at 60m and simultaneous collected two types of data that would have typically taken an additional flight. While half the team prepped the drone and manned the ground control station (GCS) for the flight, the other team members placed ground control points (GCP) across the study area and collected ground truthing samples with the help of the Image Analysis team and GNSS/GPS survey equipment.

3D printed mount for both cameras

The SenseBox team utilized SenseBox devices to develop two sensors, one to collect humidity and temperature and another for collecting PM2.5 particle data. They attached the sensors to a platform below the drone with their own special modification. The propeller wash from the drone had potential to disturb the accuracy of the sensor readings so the team attached a combination of carbon fiber and plastic tubing to the sensors to expand their reach beyond the propellers.

Microdrones md4-1000 with SenseBox and modifications mounted below

They flew the drone on a horizontal flight path at 60 meters across the study area and would stop at predetermined locations for 10 seconds to collect the SenseBox data. These same locations were replicated and collected on the ground so that an analysis could be made on how the data differs at various elevations throughout the study area. 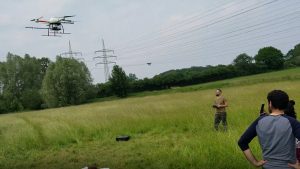 md4-1000 taken off for the SenseBox mission

The teams in the field handed off the data to the Image Analysis team where orthomosaics, digital elevation models (DEM), point clouds, NDVI, classification, and interpolations maps will be made and compared to last years data to analyze the renaturation process. The Automated Workflow team is working on ways to automate the processes used from this project and the Web Portal and ESRI Cloud teams are working with unique ways to access and visualize the results. All teams will be presenting their work and results to the public on the 9th of July. 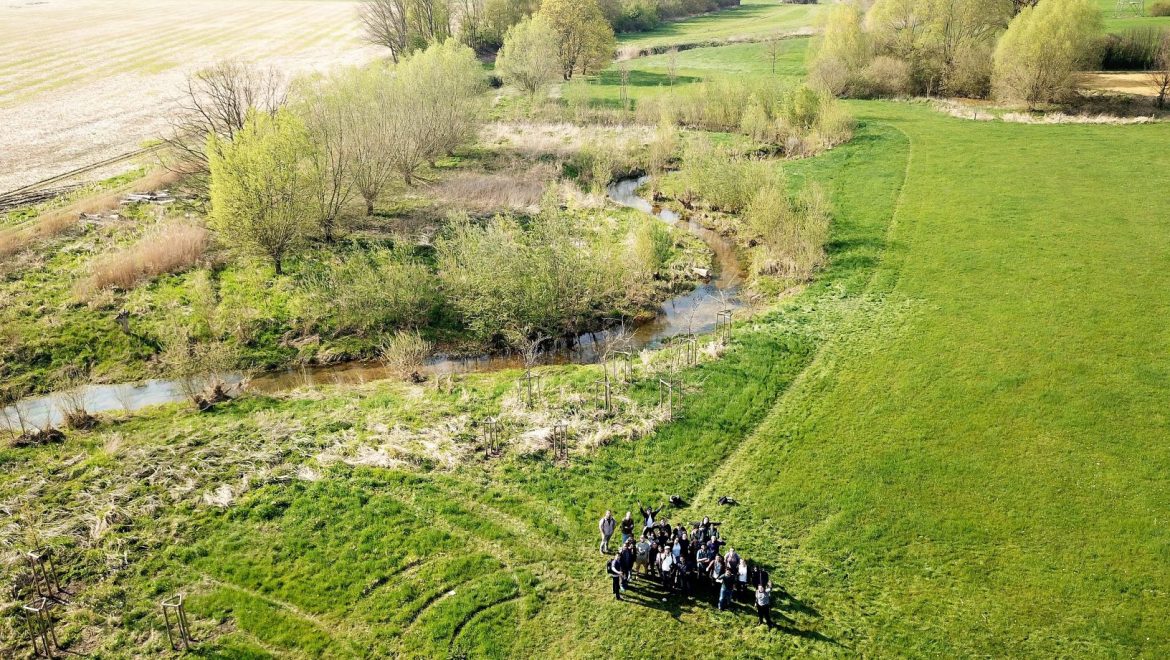 The new semester has started

The new summer semester has started and therefore our drones are used in different projects and field courses. In this year’s UAS course in the international Master’s program (Master of Science, M.Sc.) in Geospatial Technologies, different sensors will be used to monitor the renaturation of a small river stream near by Münster. The students will work in the following groups:

We are looking forward to an exciting project. 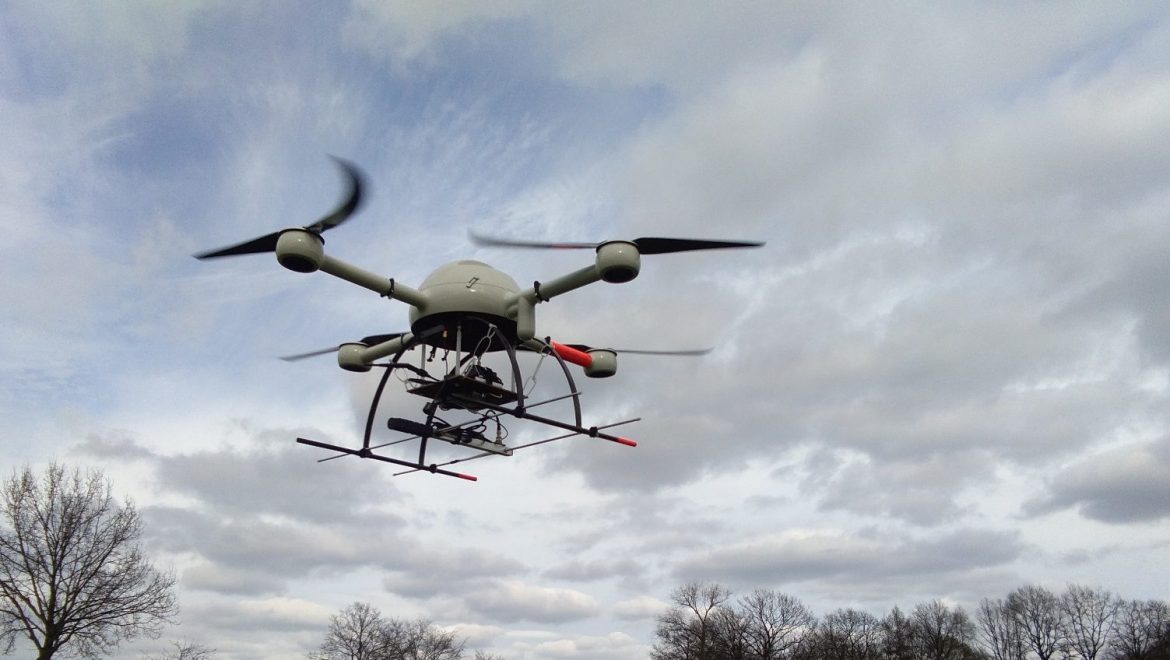 Our team member and student Pia Pickenbrock is currently writing her thesis on radio animal tracking using our MD4-1000. She reports:

Last week we conducted first flights with a new equipment for the survey of wild animals. In the long term the goal will be a system that can assist in locating individuals equipped with telemetry transmitters. The material was prepared and assembled in the context of a bachelor project in the the institute of landscape ecology. In this project it is planned to use the drone as an intermediate station for telemetry signals of animal tramsmitters. The signals are received with a RTL-SDR-dongle and are forwarded to a ground station, where they are reconverted to audio signals. There a surveying person might use them to locate an animal via auditorially sensed signal strengths.

The test flights with the quadcopter MD4-1000 showed that the, in some parts quite bulky equipment, had no considerable impact on either drone system or flight characteristics. It consisted of a Raspberry Pi computer and several other small hardware parts mounted on a platform under the quadcopter and a H-antenna attached to the landing skids. 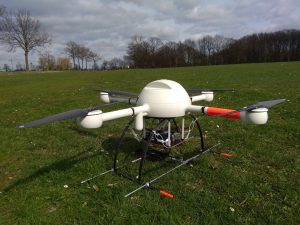 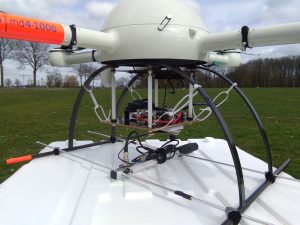 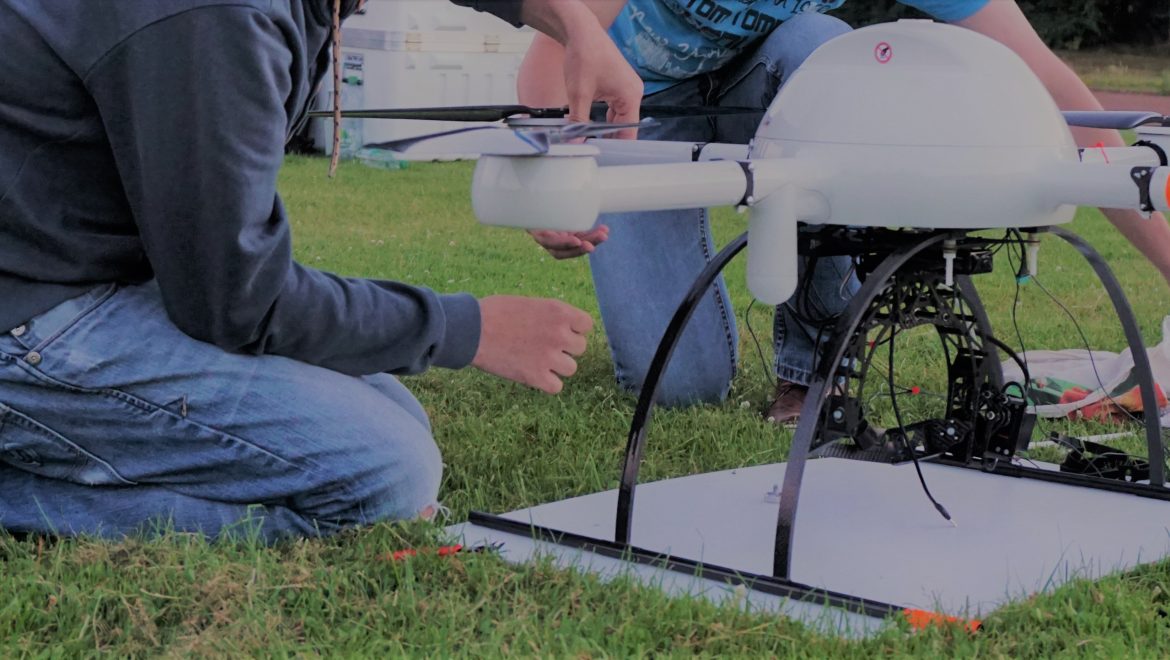 Is it possible to detect traces of fluorescent powder from insects or small mammals using unmanned aerial systems?

This exciting question was asked by students in their project work (MSc landscape ecology), which took place during the summer semester 2017. The results of this pilot study have now been published in the international MDPI Journal Drones.

The publication is avaiable here 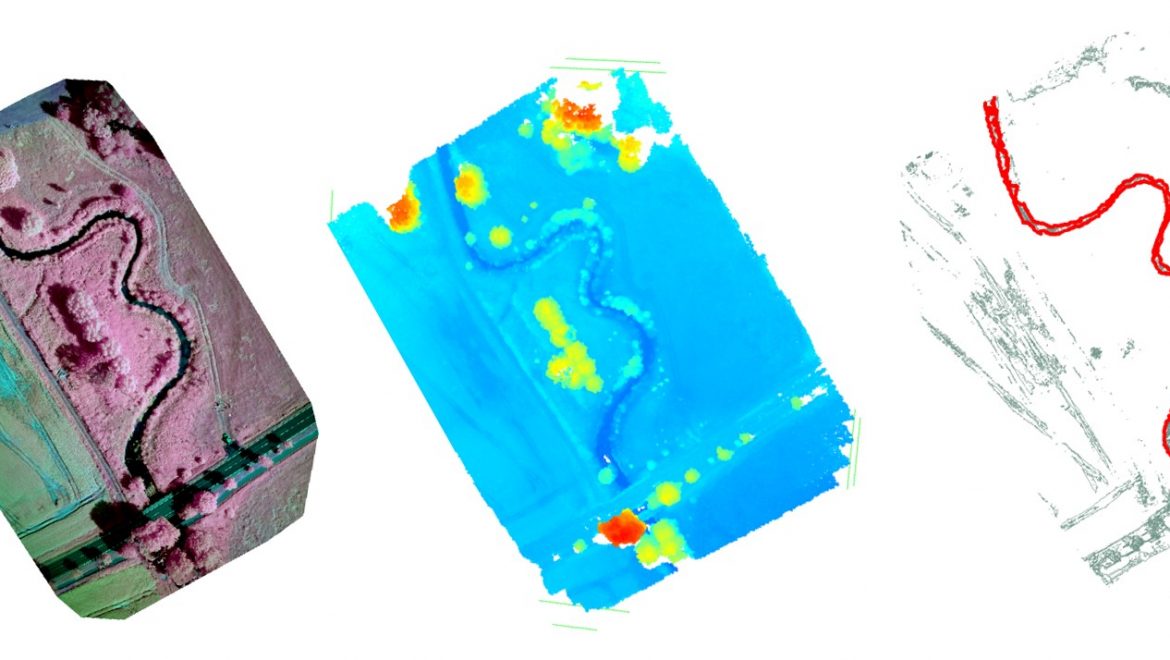 This project seminar aimed at developing open and reproducible workflows for processing and analysis of very high-resolution imagery acquired by UAS. Participants explored the use of free and open source software (FOSS) and Docker technology to create workflows covering the complete processing chain of an ecological study from the raw data to the final analysis results. The experiments provided valuable insights into the potential but also the constraints of the applied tools. 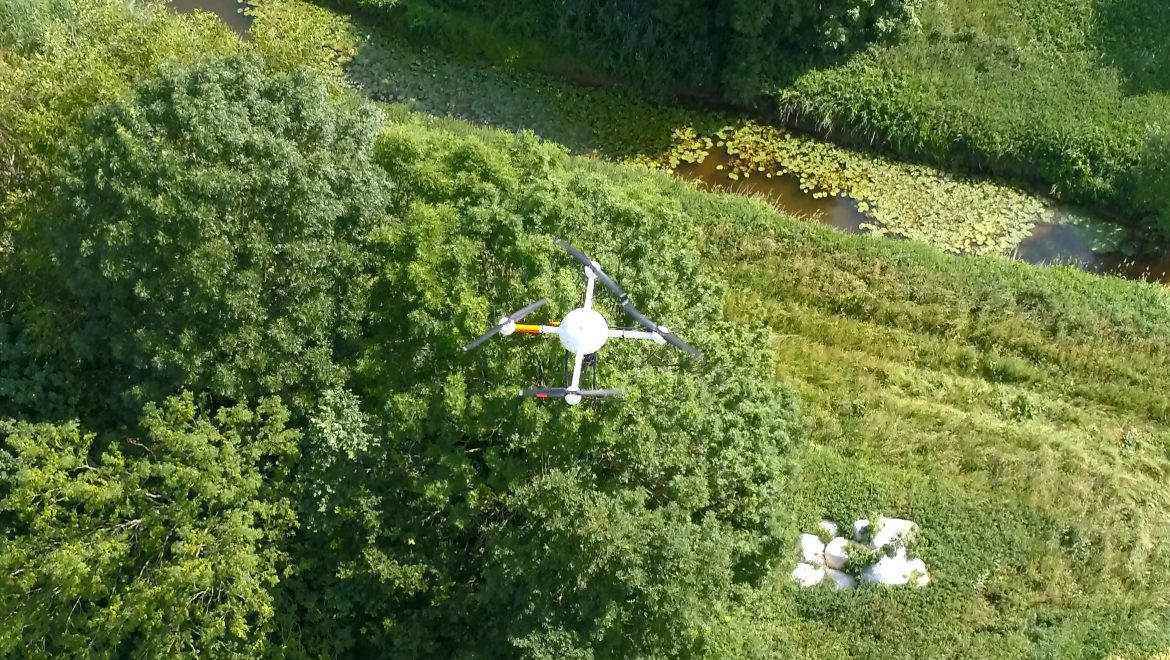 The integration of UAS-based remote sensing methods in existing river monitoring programs (e.g. water framework directive) can provide new prospects for large-scale monitoring purposes. However, until today the integration of small aerial systems has so far been poorly researched and accordingly presents an interesting research gap. In this course, the aim is to develop an innovative UAS-based concept for the monitoring of heavily modified rivers using the example of the Münstersche Aa. In addition to the elaboration of possible application scenarios (e.g. success control of restoration measures, river structure mapping, environmental monitoring), different UAS sensors and analysis methods are tested. The results will be presented in front of the Municipal Civil Engineering Office (City of Münster) in October 2018. 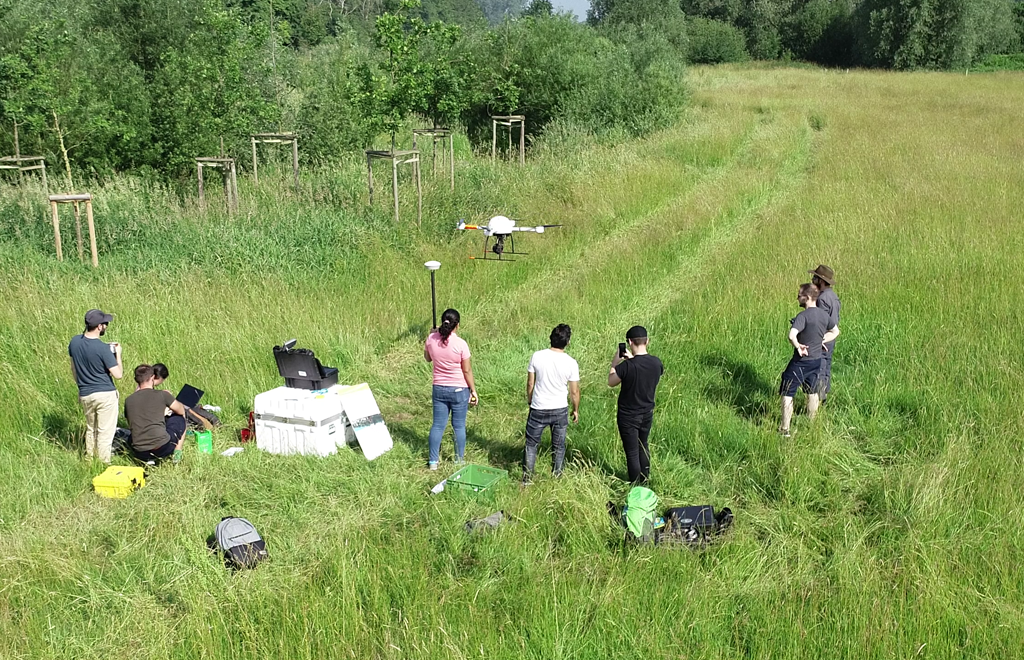 During the summersemester 2018 the third international UAS-Workshop ‘Geospatial Technologies’ takes place, gathering more than 27 students out of 12 countries at the institute for Geoinformatics (IFGI) and the Institute of Landscape Ecology (ILÖK). All students are very enthusiastic and engaged in many activities around the project. The focus is set on geodata acquisition by UAS, low-cost LIDAR and ‘in situ’ field instrument for renaturation and monitoring issues along the river Aa, SW of Münster. The collected and analysed geodata will be fused and visualized in a cloud-/web-based geodata portal by the end of July 2018. Once again the WWU GEOCOPTER-team is in charge of administration. 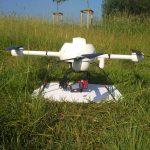 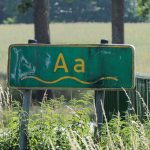 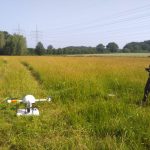 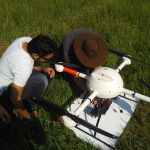 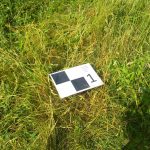 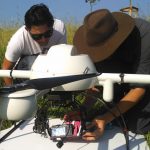 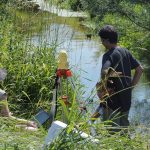 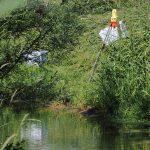 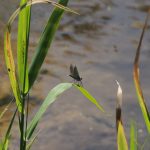 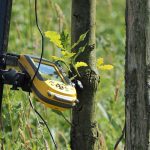 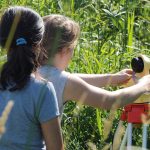 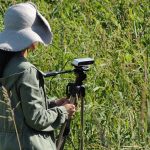